As global leader in the field of hydrogen powered vehicles, First Hydrogen is in a unique position to capitalise on this growing market.

As distinguished leaders with world renowned expertise, First Hydrogen is on a mission to become the leading designer and manufacturer of zero-emission, long-range hydrogen powered vehicles in the UK, EU, and North America.

First Hydrogen is harnessing the ‘best of the best’ to capitalise on a once-in-a-century opportunity – a confluence of design, technology, emission regulations, clean energy, and a wide-open market.

On the back of COP26, ambitious emissions reduction targets for 2030 have been set to achieve the goal of reaching net-zero by the middle of the century. Fuel Cell (FC) and hydrogen propulsion are key enablers to support this net-zero future. and First Hydrogen, Ballard Power Systems Inc. (“Ballard”), AVL Powertrain UK (“AVL”) will work together in this partnership for zero-tailpipe emission technology going forward.

Britain’s first mainline approved hydrogen powered train, the HydroFLEX has been showcased at COP26 and Nicholas Wrigley, Non-Executive Director and Chairman of First Hydrogen (UK) was in high demand at the conference. Wrigley spoke at the Invest Africa Roundtable discussion and was a VIP guest at the reception held by the Department of International Trade (UK) and Formula E.

First Hydrogen, Ballard and AVL have already begun to build two hydrogen fuel cell powered light commercial demonstrator vans in the UK. The light vehicles will showcase the capability of hydrogen fuel cells. This will give First Hydrogen the technology platform and design to enable production and an essential contribution to the 2030 emission reduction targets.

Towards a hydrogen-powered future

It is clear that hydrogen fuel cells have a major role to play in the move towards electrification and it is telling to witness the commercial activity happening around the fuel. Ineos, the chemicals giant announced in October an investment of €2b in three green hydrogen production plants, the first to be built in Norway followed by Germany and Belgium. It is telling that Jim Ratcliffe the Ineos Chairman considers green hydrogen to be one of the best chances to create a low-carbon and sustainable world. Ratcliffe is one of the most astute and successful individuals in Europe, and his judgement is important.

This month Asian Newsday reported “Li Ka-shing has earned a fortune in plastics, logistics and oil during his career. Now the billionaire and his family are increasingly betting on renewable energy.”1

CK Infrastructure Holdings, a shareholder in gas and electricity businesses run by Li’s eldest son Victor, invested recently in the hydrogen private equity fund HYCAP, according to a statement from the Hong Kong-based company sent to Bloomberg News.

Earlier this year, the investment firm of the senior Li, 93, bought stakes in Syzygy Plasmonics and H2Pro, two producers of the gas, as well as a start-up for powering airplanes with it.

The market for it in the utilities industry could be worth about US$12 trillion by 2050, according to research from Goldman Sachs Group last year.

“We are of the view that hydrogen will be of significant importance in decarbonising energy and transport systems,” Andrew Hunter, CK Infrastructure’s deputy managing director.’’

Oil and Utility Companies have launched an initiative at COP26 to move to H2, replacing the use of grey hydrogen with this cleaner version. Those involved include Shell, BP and EDF Energy, making it clear the importance of hydrogen as a future fuel. A bid to create a global green hydrogen standard was also launched at COP26 by Swiss non-profit Green Hydrogen Organisation and the UN High Level Climate Action Champions. This is in readiness for major growth in the production of green hydrogen.

All major manufacturers are focused upon electric vehicles (EV’s). It is worth noting that Tesla are as big a global brand name as any manufacturer. Even with Elon Musk’s ability to grab headlines, if EV’s were not the future there would be little interest. Yahoo News recently reported this.

“Tesla (TSLA) shares jumped for a fourth straight session on Monday, bringing the market capitalisation for the electric-vehicle maker above $1 trillion for the first-time ever.

“A bevy of positive news helped push the stock to a fresh all-time high. Earlier on Monday, car-rental company Hertz announced the company had ordered 100,000 Tesla vehicles, with these set for delivery by the end of 2022. Hertz said it was setting out to “offer the largest EV rental fleet in North America and one of the largest in the world,” and it also ordered new electric-vehicle charging infrastructure for use globally.”2

Adding to this, DHL, Pepsi, Amazon have all announced investment in their light commercial fleets to move to electric.

The potential for a hydrogen powered light commercial vehicle is clear. First Hydrogen have put together a leadership team that is positioned to take full advantage.

Balraj Mann, CPA. CA Chief Executive Officer Mr. Mann is a CA with over 30 years experience in corporate finance, acquisitions, and financial reporting for both private and public companies. He served as Sr. Manager with Price Waterhouse where he attained his CA designation. From 1989 to 2001 he was president of a private real estate development corporation completing industrial, commercial, single and multi-family high-rise residential projects in excess of $200m. He was member of the advisory board of Accelerate Power Systems Inc., a manufacturer of fast charging battery technology. He has served as CEO, CFO and Director of several Canadian publicly traded companies.

Nicholas Wrigley Director, First Hydrogen Limited UK Nicholas founded Winch Energy Group in 2008 and serves as CEO and Exec. Chairman. Winch has successfully developed, constructed, and operated 300+ MW of solar plants in Europe and is now developing rural projects in 10 African and Latin American countries. Nicholas is also founding partner of UPC Renewables, with 4+ GW of wind plants built the past 15 years, supported by a $5bn investment. Notably, Nicholas also managed UPC’s African Platform with development of a 120 MW wind power plant in Morocco in 2019. Previously, Nicholas, Managing Partner and Head of Continental Europe at the international law firm Clifford Chance LLP. Nicholas is an English Solicitor and is admitted to the Law Society of England and Wales

Nancy Zhao, CPA Chief Financial Officer Ms. Zhao is a CPA with over nine years of experience with both public and private companies. She has experience in accounting and finance for various industries, including mining, real estate development, property management, sports entertainment, marketing, and farming. She also currently holds the position of Chief Financial Officer of Neo Battery Materials Ltd. (TSXV:NBM), based in Vancouver, B.C.

Glenn Morgan, AScT, B.Sc. Systems Integrator Technologist Mr. Morgan has over 15 years of consulting engineering experience in most aspects of the project life cycle including design, construction & commissioning of instrumentation, PLC and DCS control systems and networks in the Oil and Gas, Power Generation, Water Treatment and Fuel Cell industry. He has also written (and executed) test plans and procedures for a variety of clients including Shell Canada, Chevron (EMC) and B.C. Hydro (Ruskin Dam).

The company is designing and developing a hydrogen-fuel-cell-powered light commercial vehicle under two agreements with AVL Powertrain UK Ltd. and Ballard Power Systems Inc. First Hydrogen will also offer fuel-cell-powered supercritical CO2 extraction systems that will allow users to operate the systems in remote locations where there are no electrical power grids available, or the electrical power is unstable. This already developed supercritical CO2 extraction system is fully operational and can be monitored and supported remotely by the company’s in-house fully integrated software operating system.

The demonstrator models will be available Q3, 2022 and will then move to full commercialisation. It is no wonder Nicholas Wrigley has been in demand at COP26. The timing, demand and market conditions are perfect for First Hydrogen. 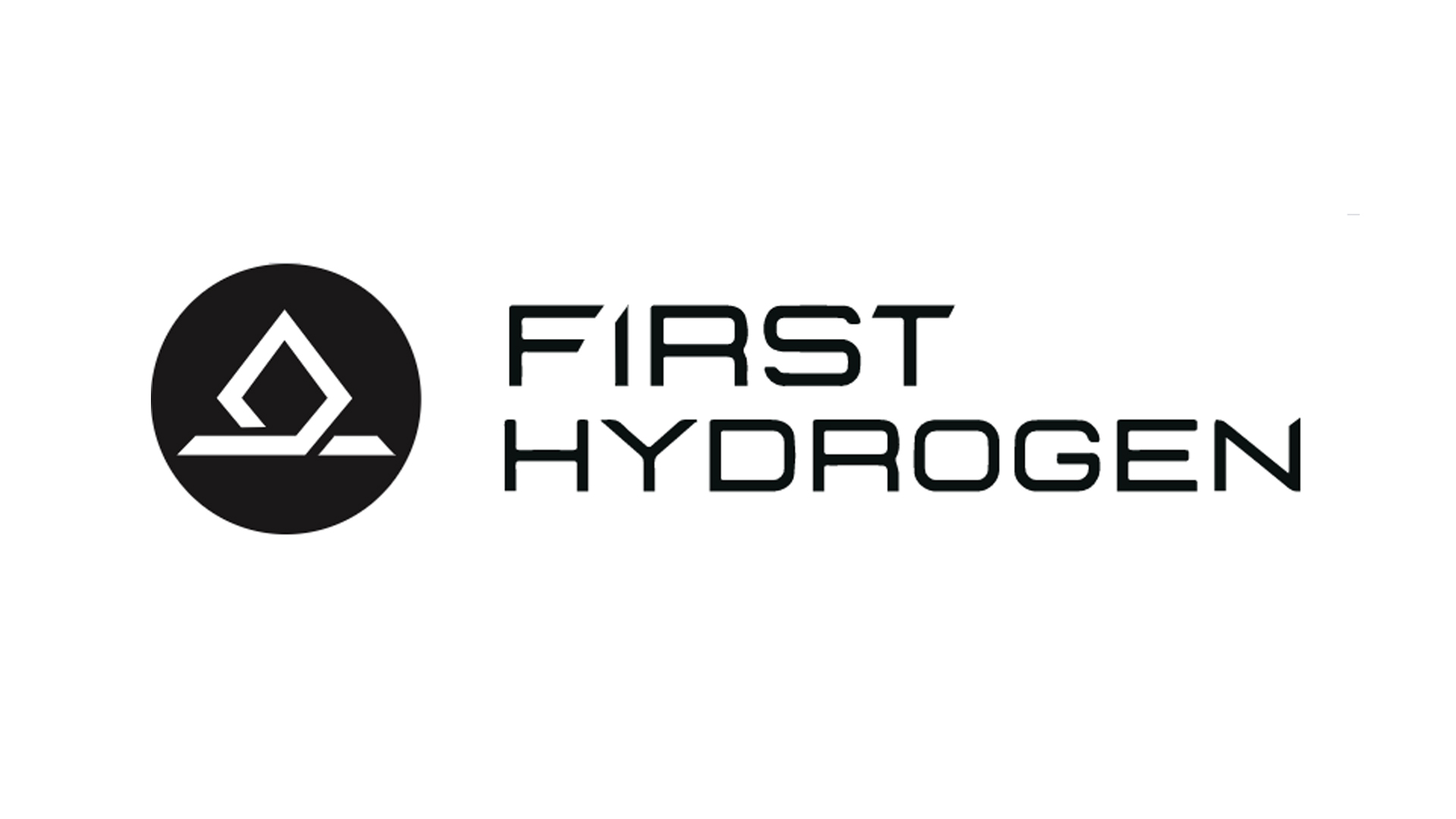