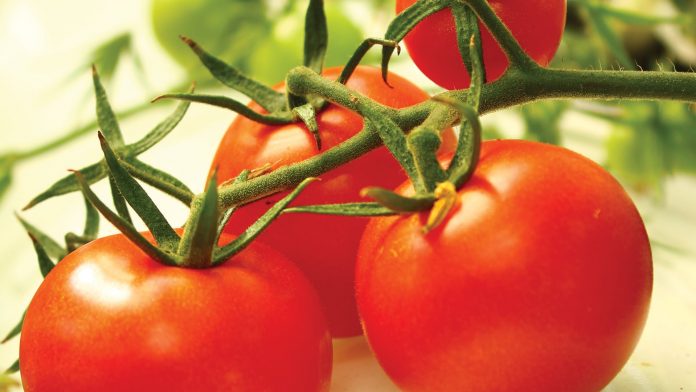 Phytoponics have created a high quality hydroponic system, costing significantly less than traditional designs – their technology has the potential to meet global food demand with sustainability in mind.

To continue to feed the world while preserving the environment, crop growing requires constant evolution. The first step is the innovation of an idea such as hydroponic growing.

The advent of farming in around 10,000 BC had little immediate impact on the global population. In fact, the population growth rate did not change dramatically right up until the mid-1700s; whereupon it increased exponentially as industrialisation and improvements in sanitation scythed infant mortality rates. In under 250 years the world’s population increased by six billion people – to put this into perspective the 1000 years preceding this had seen growth of about 200 million. This astonishing change was made possible through an equally explosive increase in food supply.

Huge gains in crop yields were possible due to a ‘green revolution’ in farming, which was primarily the invention and heavy usage of nitrogenous fertilisers. Farming technology simultaneously grew, greatly increasing the power one worker had over the land. In 1870 the total population of the USA was 38.5 million, and 53% of the population were involved in agriculture. Now the population is better fed, however, being nearly ten times larger at 323 million, only 2% of its people farm. The UN estimates the next 50 years will see global growth of another 2.5 billion – despite huge improvements in crop production the methods that once saved us will not meet this demand; and will irreparably damage the environment. We therefore need another drastic change in our approach to farming.

The problems for modern agriculture

Land and soil are fast becoming scarce. Clearing existing vegetation for agriculture removes the great net of roots that holds dirt in place, allowing wind and water to erode the layer of soil we so dearly depend upon. Areas of infertile ‘desert’ continues to grow across the world – a European Court study concluded that 13 EU Member States were negatively affected by deforestation; a past solution to producing more fertile land has been to destroy much of the earth’s rainforests. It is becoming apparent that this is doing more damage than good; accelerating the rate of climate change, which in turn increases water scarcity in equatorial areas leading to destabilising regions and exacerbating the rate of desertification.

Soil farming is too water intensive as a large percentage is lost to evaporation or drains into the water table. The low efficiency of water absorbance was of little concern 50 years ago as it was considered an infinite resource. Since then the population has doubled and attitudes have significantly shifted – at the 2017 G20 meeting, ministers reaffirmed their commitments to recognise water as an essential resource that must be protected and used sustainably. The EU Water Framework Directive has repeatedly suggested artificial price management as a way to improve the water use efficiency of farms. Artificial or not, the price of water will likely rise in future years and growers must take steps to reduce the negative impact this has on their business.

Excessive fertiliser and pesticide usage has damaged the environment. Nitrogen based fertilisers run off into surrounding bodies of water, causing a rapid bloom of algae. The algae dies, providing nutrition to support a hoard of decomposing bacteria. The enormous number of micro-organisms suck all the oxygen out of the water, killing any other living organisms. The EU’s Nitrate Directive places a mandatory limit of the amount of fertiliser used on particular areas and incentivises green use of fertilisers and pesticides with compensation schemes.

Phytoponics have invented a new design for a hydroponic growing system called the Hydrosac. Hydroponics is the growing of plants without soil – the key concept of this method is that the roots of the plant are held in contact with an oxygenated, nutrient rich solution. The concentration of liquid nutrients facilitates very high growth rates and resource efficiency.

The Hydrosac acts like a long thin container connected to a pump and nutrient solution reservoir. The lower half of the tube is filled with the broth. Sitting on the fluid’s surface are integrated flotation chambers in which plants sit within a healthy, rot preventing air gap above water. An inbuilt aerator blows oxygen bubbles through the solution to maintain dissolved oxygen levels for healthy roots. The bubbles burst at the surface, spraying a nutrient rich mist onto the plant roots, nourishing the plant to grow strong. As the crop matures, its roots grow directly down into nutrient solution (known as a deep water culture) receiving a far higher concentration of nutrients than is possible with soil. The technology has numerous advantages over soil farming.

Like other hydroponic systems, the Hydrosac can achieve growth rates far higher than what is seen in soil; this is due to the deep water culture growing method. A 2015 study in the International Journal of Environmental Research and Public Health (ERPH) grew lettuces in a hydroponic system 11 times faster than in soil.

The Phytoponics Hydrosac is more water efficient then soil based farming as the enclosed container prevents evaporation and allows recirculation of substances not initially absorbed by the plants. The savings on water are very significant – the same ERPH study used 90% less water on their hydroponic system to achieve their higher growth rates.

The Phytoponics Hydrosac reduces the need for fertilisers, pesticides and herbicides in two ways. Like water, the substances that are not initially absorbed by the crops are re-circulated – increasing efficiency of use greater than soil or other run-to-waste hydroponic technologies. A hydroponic system offers more control over the environment in which the plant is grown; manipulation of the nutrient reservoir and cleaning of the equipment greatly reduces the scope for infection by pests or weeds compared to soil. Finally, all nutrients remain contained within the system, preserving the surrounding environment from runoff.

Crucially, the Hydrosac does not require arable land to produce high quality crops. There are numerous advantages to this: The demand for land clearance can be reduced, lowering rates of desertification. The ‘lungs of the earth’ no longer need to be removed to facilitate crop production. Produce can be grown locally, providing fresher food with fewer transportation miles to urban settlements. Phytoponics’ current field trial is growing a batch of tomatoes on a concrete floor in Wales.

Why Phytoponics? The issue with rival technologies

Uptake of hydroponic technology amongst growers has been fast in some areas, but slow in others. This stems from the varying commercial viability of capital-intensive technology in different markets. Most growers will go to the effort of taking up a new technology if it is more profitable, not so much if it is more sustainable. For hydroponics to become more commercially appealing one of two things has to happen. The first scenario is that the condition of the environment deteriorates to the point that the price of fertile land and freshwater necessitates a switch to hydroponics. This hypothesis should be avoided at all costs. The second scenario is that existing technology is refined to improve its commercial viability in more markets whilst maintaining its sustainability. This is what Phytoponics’ new patent-pending design is already proving to do.

Most hydroponic systems are very expensive to purchase and install. Farmers able to borrow the money required may feel that the returns paid in yield and resource efficiency are too slow to make their initial investment worthwhile. Even if they feel they could recoup their investment fast, an unforeseen set back would leave them dangerously out of pocket.

The Phytoponics Hydrosac is significantly cheaper than traditional systems because it is made of a high tech flexible polymer instead of heavier, more expensive materials. With lower manufacturing and installation costs, Phytoponics aims to offer more farmers around the world higher hydroponic returns together with profitability and sustainability.

Traditional systems are expensive to transport and difficult to set up. The Hydrosac’s flexible polymer based design allows the bag to be deflated and flat packed meaning transport is a fraction of the usual cost. To install, the system needs only be unrolled, inflated and connected to the farms resources. Low delivery costs and ease of installation allows farmers to begin their hydroponic operations with a small trial and then scale up if satisfied. The reduced risk associated with both the low initial investment and ability to conduct a trial run will be extremely attractive to growers. Phytoponics is currently operating two commercial trials – one in Aberystwyth, Wales and a larger one in Yorkshire, England – with support from leading local horticultural experts.

Phytoponics is supported by both the Wageningen University of the Netherlands and the Institute of Biology, Environmental and Rural Sciences at Aberystwyth University; both of which are leading research institutes on indoor farming and horticulture.

Hydroponic technology can theoretically provide a solution to food production, but its real world application has been hindered by a lack of commercial innovation, especially in larger non-salad crops. We believe Phytoponics to be the next step in the relatively young industry, where the technology is made available to growers for significantly less than before. We hope that this will provide the necessary incentive for growers and communities to move towards a more sustainable and productive future.

Founded in 2016, Phytoponics (based in Cardiff, United Kingdom) has received Angel investment and has won multiple awards, most notably in 2017 with co-founder Adam Dixon’s nomination as the UN environment Young Champion of the Earth for Europe. The company is finishing its first field trial in Wales this November (2018) and expects a bumper yield of tomatoes.