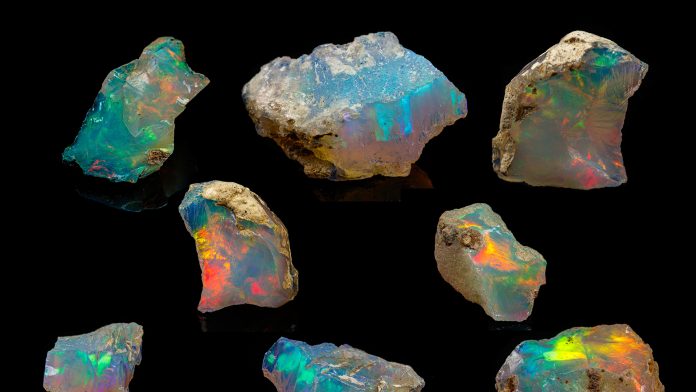 The Graphene Flagship’s Jari Kinaret and Patrik Johansson discuss how emerging graphene applications can contribute to a more sustainable world.

With the European Green Deal, the European Union has declared its commitment to addressing climate change and environmental degradation; however, the transition to a sustainable and resource-efficient economy will require game-changing innovations. Graphene, a one-atom-thick layer of carbon atoms arranged in a hexagonal lattice, shows outstanding properties that make it an attractive material for many applications. Some of these applications can be leveraged to create more environmentally-friendly technologies.

The Graphene Flagship, a European research and innovation initiative launched in 2013 to exploit the potential of graphene for industrial applications, brings together more than 170 academic and industrial partners from all around Europe. The collaborations born from this project have brought graphene out of the lab to help address some of today’s societal and technological challenges.

The Graphene Flagship has been exploring the potential of graphene applications for electronics since the project’s inception. Boasting impressive flexibility, strength and conductive properties that surpass the potential of copper, the material has much to offer an industry that is currently grappling with ever-escalating costs of metals.

“It’s also a more sustainable solution, as graphene-based circuits can be printed without requiring rare or precious metals.”

In fact, in January of this year, Graphene Flagship researchers proved the potential of graphene for use in touchscreen sensors. Their study demonstrated the fabrication of organic light-emitting diodes (OLEDs) with a monolayer of graphene in the anode. This method replaced the use of indium tin oxide, a key part of touchscreens that is currently listed as a critical raw material in Europe.

This study is a promising breakthrough – and a necessary discovery should the world need to wean itself from rare minerals in electronics. Despite the potential, there are some barriers to the widespread adoption of graphene for electronics.

Finding alternatives to rare minerals is crucial for the future of the electronics industry – and for the planet. The International Energy Agency calculated that, if the world is to reach net-zero greenhouse gas emissions in 2050, the demand for critical materials and rare earths will be six times higher than it is today.

Air quality can change dramatically even within small areas, for example one street may be within safe levels, while the next dramatically exceeds them. To help governments improve air quality within a particular city, accurate pollution mapping is needed – after all, understanding a problem is the first step towards solving it. One option is small, cost-effective sensors that could be installed around the city and provide real-time data. These sensors could even be integrated into mobile devices or wearables, informing individuals and enabling them to make personal decisions when it comes to air pollution, such as changing walking routes or wearing a mask if needed.

Graphene Flagship researchers have developed graphene-based compact, low-energy sensors able to detect nitrogen dioxide in real time. The project is a collaboration between several Graphene Flagship Partners in the UK and in Sweden.

Nitrogen dioxide, produced by burning fossil fuels, causes airway inflammation which can lead to breathing problems and asthma attacks. Research even links exposure to nitrogen dioxide, and other nitrogen oxides (NOx), to childhood obesity and dementia. Usually, air quality is monitored using chemiluminescence, requiring large and expensive lab equipment, and metal oxide detectors, which lack sensitivity. By contrast, the graphene-based sensor is both small and accurate. When nitrogen dioxide is adsorbed on graphene, its resistance changes as electrons are withdrawn. This produces a signal recordable using very simple electronics. Small, commercially available sensors can easily be adapted and upgraded to include these graphene technologies.

Graphene isn’t just useful to help us better monitor air pollution in our towns and cities, it can help us reduce it too. Photocatalysts, such as titania, degrade nitrogen oxides into inert or harmless products when exposed to sunlight. As this all is activated and run by sunlight, it neither consumes the photocatalyst nor requires an additional power source. Photocatalysts can be applied to surfaces of buildings and thereby depollute the air, as well as being a self-cleaning, smog-eating coating. 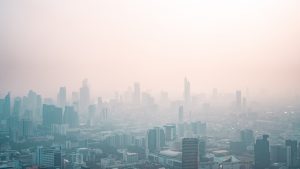 Graphene Flagship researchers, co-ordinated by Italcementi, of Heidelberg Cement Group, Italy, have developed a graphene-titania composite that is much more powerful than titania alone. This was made by performing liquid-phase exfoliation to create graphene in the presence of titania nanoparticles – using only water and atmospheric pressure – and the resulting composite was found to be 40% more effective than titania alone, and it can also be applied to many different materials, including concrete.

Air pollution is one of the biggest threats to public health faced by Europe. But, as with any problem facing society, research and innovation may hold an answer. Fully commercialising these technologies represents an exciting step towards making urban environments cleaner and safer for their inhabitants.

You’ve got the power

Batteries are one of the key innovations that define the current technological era. They enable the development of everything from mobile devices to renewable energy generation, as well as electric vehicles. But, even today’s state-of-the-art lithium-ion batteries (LIBs) have their limitations. The ideal battery would have more charge cycles, longer lifespan, faster recharging, higher energy density and be lower cost than today’s LIBs. In addition, safety, recyclability, and environmental impact must always be considered carefully. The Graphene Flagship has been looking into how introducing graphene and layered materials can improve batteries’ performance, with some promising results. 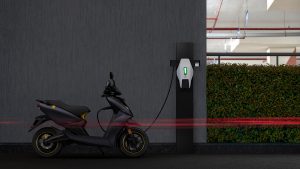 One of the Graphene Flagship’s Spearhead Projects – industry-led initiatives to bring graphene technology closer to commercialisation – is Graphene Enabled High-Energy Batteries for Automotive Applications (GrEEnBat). The GrEEnBat project aims to create a working battery module for automotive applications, able to compete with the projected state-of-the-art available in 2025, by using silicon-graphene composite anodes in LIBs. Silicon-based anodes are one promising alternative to the traditional graphite-based anodes, in theory offering a much-improved capacity. But in practice, the volume of silicon expands and contracts by several hundred percent as it is charged and discharged, leading to stresses and fracturing, ultimately causing the battery to fail after too few cycles to be of any commercial interest. A tiny amount of graphene, however, enables the anode to handle the silicon expansion – hence, silicon-graphene composites.

Over the last year, the Graphene Flagship has focused on upscaling the production of high-quality anode materials to the tonne-per-year scale, and improving the electrodes’ areal capacity and thereby energy density as well as the cyclability. Researchers have also worked on optimising their electrode recipes, electrolyte formulations, and cell designs.

As demand for LIBs continues to grow, it increases the strain on lithium resources and increases the cost of the raw materials. Therefore, both better use of the LIBs and the lithium, as well as other metals contained, are needed, but also batteries based on other, more abundant, metals, e.g. sodium, magnesium, aluminium, etc. One contribution is that Graphene Flagship researchers have developed a brand-new cathode material that could lead to more powerful, longer-lasting magnesium batteries for mobile devices. The material combines the properties of vanadium with graphene oxide to create a cathode with improved chemical and electrochemical stability, as well as kinetics. The resulting lab-level proof-of-concept device can operate at significantly higher currents (i.e. power outtakes) than is normally the case for magnesium batteries. At the same time, it offers somewhat higher cell voltage than competing chemistries.

Whether you are considering batteries, air quality or rare earth materials, the key concerns of performance, cost and sustainability remain the same. Through the collective effort of Graphene Flagship researchers, we have the potential to solve some of the environmental issues that plague Europe today. With new graphene technologies on their way to commercialisation, it is exciting to see what the future will hold.