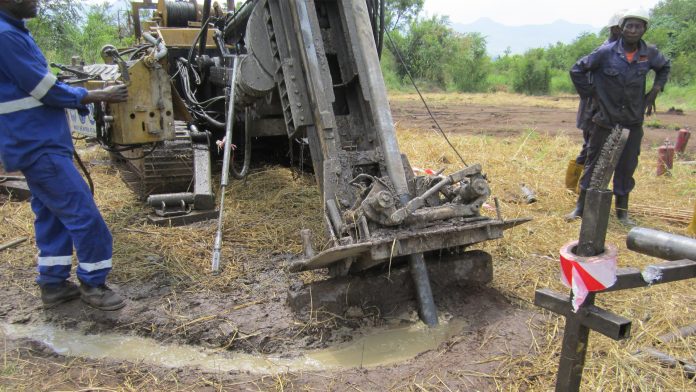 Blencowe will deliver a high quality, long-term supply source for flake graphite, one of the key input materials within the lithium-ion batteries used to power electric vehicles.

Blencowe Resources Plc (LSE: BRES) is a company on the move. Just over a year ago, it announced the acquisition of the enormous Orom-Cross graphite project in Uganda. Since then, it has already completed two extensive drilling programmes and has delivered a standout maiden JORC Standard Resource. Most impressive of all, the company recently announced exceptional metallurgical test results that indicate that its raw in-situ graphite can be processed into a high value mix of end-products as a concentrate, which should definitely capture the attention of downstream offtake parties watching this space.

For those who do not follow flake graphite closely, there are over 150 uses for this product across a wide range of industrial applications. More traditionally, due to its extreme resistance to heat, graphite is used to line steel foundries and within flame retardants. Yet, due to its high conductivity it is also used in electronic goods and solar panels. However the key to graphite’s current lift-off is its critical role within lithium-ion (Li-ion) batteries, which is the accepted technology that will power electric vehicles (EVs) into the next decade and beyond.

Industry analysts forecast that the current 12 million EVs on the roads worldwide today will rocket up to a predicted range somewhere between 120 million (low side) and 500 million (high side) vehicles by 2030 and continue to expand exponentially from there. This growth trajectory is already underway, with record EV sales occurring every quarter.

Most vehicle manufacturers have set ambitious targets as they push to go electric, and we are seeing a once-in-a-generation shift as the world drives towards less carbon emissions and transport options evolve away from fossil fuels. Whatever forecast is used, there is no question that there will be stellar growth ahead in the EV market and every vehicle will require a Li-ion battery, each of which will have considerable graphite content.

These same market analysts are forecasting annual flake graphite demand to increase by five-to-ten times by 2030, requiring an additional 4-6 million tonnes per annum. When one considers that only 1mpta graphite is sold annually right now, of which approximately 400,000tpa currently goes into batteries, this means a considerable new supply of graphite needs to kick in fast over the next few years to deliver millions of new tonnes each year. If this does not happen, billions of dollars of investment into over 200 new battery megafactories (each designed to build millions of Li-ion batteries) will hit a major snag.

Here is where it gets interesting. Delivering a new graphite mine can take up to a decade from the starting point of finding it in the ground to first production, with considerable capital and expertise required to develop any new project through the exploration, feasibility, and pre-production phases. Mines do not start-up overnight, even if surging demand requires them to do so. Furthermore, a large percentage of graphite mines worldwide are in high-risk locations that do not necessarily warrant the considerable investment required.

A surge in graphite demand that will require substantial new product to be delivered quickly means supply chains will be severely tested moving forwards and graphite prices will likely rise as expected shortages kick in. Tesla chief Elon Musk believes the biggest impediment to achieving electric vehicle growth figures as forecast is the anticipated shortage in the supply of key materials required for the batteries. He is not wrong.

In these circumstances, any new graphite projects that come into production over the next few years which tick all of the key boxes will have a significant appeal and will be very attractive to both downstream offtake partners seeking their product as well as financial investors seeking returns on-market.

Blencowe Resources’ Orom-Cross project ticks most of these key boxes:

In order to deliver Orom-Cross, Blencowe has assembled a board and management team that has considerable expertise delivering mining projects worldwide, with particular emphasis on African experience, and it will continue to build up this team further as the project progresses towards first production. The team also has significant experience in sourcing funding for mining ventures as this is another critical path item.

Leading battery metals market analyst Benchmark Minerals Intelligence forecasts that graphite demand will significantly overtake supply in 2025 and that the deficit will increase exponentially beyond that date. It is not surprising therefore to learn that Blencowe is targeting its first production around 2024/5 to co-ordinate hitting the market at exactly the time when it is most likely to require the company’s products.