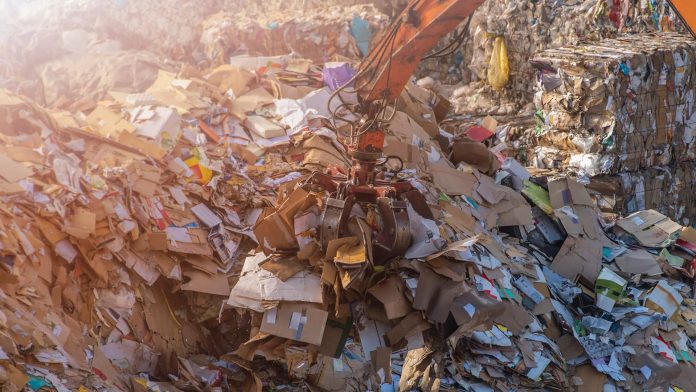 INN speaks to Piotr Barczak, senior policy officer for waste at the European Environment Bureau, about the importance of waste prevention.

The amount of waste produced in the EU averages 3.5 million tonnes per year, equating to 400kg per person. The negative effects of waste generation are starting to show, and with the ever growing climate concerns, it is imperative that waste prevention is at the top of the EU agenda. According to the European Environmental Bureau (EEB), all the projections show that the increase in worldwide waste levels will continue to grow until 2030.

The impact of waste on our environment is grave, with the spread of hazardous substances from discarded goods seeping into the ground and affecting human health. GE speaks to Piotr Barczak, senior policy officer for waste at EEB on the European waste situation and the importance of waste prevention.

The latest statistics by Eurostat state that EU countries only generated eight kilograms less waste in 2017 per person than in 1997 – do you believe these statistics are a fair representation of waste production and the direction in which European waste prevention policy is going?

Yes; and unfortunately what these figures tell us is that Europe has made little to no progress in reducing waste across the EU. And what is worse is that for the most part, we do not know how to deal with all this waste. Since the previous waste directive was enforced in 2008, we should be seeing more effort and greater results in waste prevention; as waste prevention is the highest priority of Article 4 of the directive. Perhaps the only noticeable decrease in waste generation happened during the financial crisis, when production and consumption patterns fell.

Another factor to consider is that Eastern European countries used to generate waste very slowly; however, as they are becoming more developed, their contribution to waste generation is unfortunately increasing. Generally, the higher the GDP of a country, the higher the generation of waste: this is related to more packaging and greater exchange and movement of goods. This is why, more broadly, policy makers should ask themselves whether GDP is a sound indicator for both sustainability and economic prosperity.

Do you believe that enough is being done at the EU level to reduce the amount of waste produced?

Definitely not. There is absolutely not enough being done at the EU level, we have recently had the revision of the European waste prevention policy directive with updated levels and targets, however, a lot of the waste prevention provisions are not binding. We do see some countries going above and beyond what is required, however, we also see the opposite too. Without having any required and binding targets at the EU level, we will not see a drop in waste generation.

What would you say needs remoulding in current policies to accelerate change?

Personally, I believe that the issues lie within monetary policies and the way in which investments are being spent. Prevention and re-use systems are the main priority in reducing waste generation – if we were being smart, we would invest in the top of the waste hierarchy, preventing waste in the first place and preparing waste for reuse. However, a lot of the money received is put down for residual waste treatment services such as incinerators or mechanical biological treatment plants – this goes against the waste hierarchy.

Secondly, we have targets in place for recycling, but what I think we really need are targets for waste prevention; we could use 2010 as a baseline and have binding targets of 25 per cent less waste generation, for example. Incentives are also a major tool for reducing generation, it is no secret that waste prevention can be achieved through smarter production (more durable, reusable and repairable products), incentivising this would benefit the society massively.

Overpackaging is another major issue, there are a lot of situations where goods are being overly packaged and this is clearly bringing in huge amounts of material and waste. It is also important that we discuss bio-waste and organic waste, it all adds up to a great amount of waste in our bins, in fact, 35 to 50 per cent of each bin per household is made up of bio-waste, which is wet and heavy. By reducing the amount of bio-waste being generated, we can reduce the total amount of waste generation – this is where food waste prevention measures are very important, followed by promoting decentralised composting and separate collection of bio-waste.

What is the best way forward for reducing waste? Should we primarily be encouraging European waste prevention policy, recycling measures or an even mixture of both?

Of course, both of them have to be addressed, but as I have previously stated, priority has to be given to prevention – the cheapest and easiest waste to treat is the one that has never been generated. Prevention is how we can save public money and funding, which can then be injected back into the industry for better recycling and to build better infrastructure.

Recycling is often in conjunction with reuse in the waste directive, and reuse is essentially a measure that helps in prevention; as a product that can be repaired and used again, is preventing it from becoming waste. On the other hand, if products are easy to dismantle or made from products that can be easily removed and disposed of, then this also helps with recycling measures.

Article 4 of the waste hierarchy very clearly states that prevention is the highest priority, however waste will always be generated, even naturally. Therefore, whenever waste is generated, we have to ensure it has a sink and the correct treatment and collection – this leaves us with a need for substantial separation systems. We need clean materials and we need better infrastructure. All of this is possible, it just costs money. We need the infrastructure to treat the outcomes of our metabolism as a society – our waste.

What happens to all the waste that is being produced, where is it going and how is it being managed?

This differs between countries and it also differs between regions and cities; it all depends on what waste management facilities are in place at the specific location. If there is only the capacity to incinerate in a certain location, then the tendency of the local municipalities and waste managers is to send the extra waste over to these incinerators, which are usually situated near large cities. We do see waste over capacity in Germany and Sweden; we will soon see the same issues in the UK and Poland.

A lot of waste is going to incinerators, but if there are good quality recycling facilities, then of course separately collected streams are going to those facilities. However, the precondition for the proper recycling and proper treatment of waste is separate collection at source and it is not about separate sorting of waste in the facility, because nothing can be sorted to the purest way possible.

The purest way of collecting waste is when we put a deposit on waste (deposit return schemes): if you put a deposit on it, then people will be incentivised to bring it back, providing a stream of packaging and waste in the best possible way.

From an NGO’s perspective, how would you like the future of waste to look and do you believe we can achieve positive change?

Realistically, I think that we may still see challenges in reducing waste generation, therefore, we should be encouraging more European waste prevention policy measures strengthening prevention, reuse and repair. The fastest growing stream of waste is e-waste (electronic waste) and this has to be tackled. Production of new electrical equipment always encompasses CO2 and we must prevent its generation by improving durability and recyclability, and by keeping it in Europe. This way we can directly benefit from the flow of recovered materials and reusable products, while creating thousands and thousands of new jobs in sectors such as recycling and repair.

Plastic is also a growing problem. All the policies are going in the right direction and we have already seen the single use plastics directive come into force – this is probably the most ambitious set of policies in the world. The EEB would like to see more policies like this both at national and EU level. Europe sets the path, but nothing prevents governments from doing more.

The current economic model is based on production and consumption, so the more being produced, the more consumed. The financial departments of the government are aimed at boosting production and consumption, so as long as we have a model where we prioritise these over environmental objectives, we will continue our path towards a collapse. I believe that the solution to waste policies is creating a more sharing and circular economy.