Developments in GPS and indoor navigation 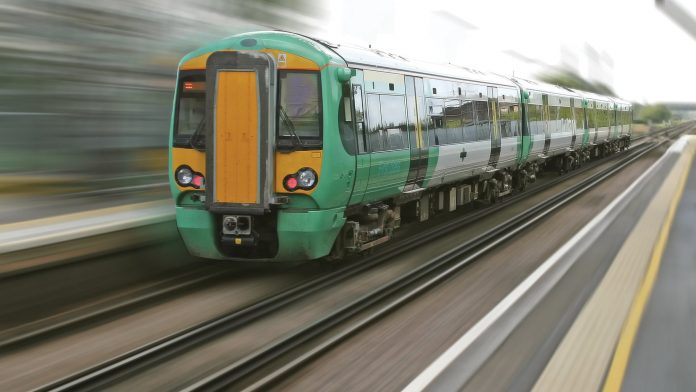 Global positioning systems (GPS) have been around for a long time now and they have revolutionised the way we move around; GPS is used in the military and by citizens for navigation, tracking, location, mapping and timing. The latest innovations are now coming from the development of indoor GPS navigation.

Throughout Europe there are ever growing extensive systems of interconnected buildings being built such as shopping centres, underground/metro stations, airports and office buildings. It is becoming necessary that a solution to indoor GPS navigation is found. Spending years relying on GPS systems outdoors, it almost seems an inconvenience to not be able to navigate indoors without the help of technology.

Why does GPS Navigation let us down indoors?

The nature of GPS navigation systems rely on positioning – as stated in the name. Positioning works through the receiver of the device picking up positioning signals from satellites. These signals then calculate the co-ordinates of the receiving device, creating a location position. However, GPS satellites don’t have the best penetration strength and the signals often struggle to travel through the walls and exteriors of buildings.

An already well-known navigation approach is using Bluetooth and battery-powered beacons. A smartphone can generally calculate device location via signals from beacons which are placed inside of the building. The app uses the positioning and navigational information that it has received from the beacons to provide the user with a mapped out navigational route.

Last year, Gatwick Airport in London, UK placed 2000 battery-powered beacons within their airport to provide location data and to generate indoor navigation for customers travelling through the airport. The beacons allow customers to turn on an augmented reality feature to follow arrows imposed on the camera’s view, which also translates signage into different languages. The system at Gatwick Airport is stated to support positioning with +/-3m accuracy.

Abhi Chacko, head of IT commercial and innovation, Gatwick Airport said: “By providing the infrastructure we are opening the door for a wide range of tech savvy airport providers, including our airlines and retailers, to launch new real-time services that can help passengers find their way around the airport, avoid missing flights or receive timely offers that might save them money.”

Wi-Fi positioning systems are a lot more common in indoor environments than Bluetooth beacons, however both systems work very similarly. The average range of the Wi-Fi signal fluctuates from 5-15 metres and therefore is less accurate than using Bluetooth.
The Wi-Fi indoor positioning system uses radio frequency signal characteristics and triangulation processes to determine the approximate position of a device. Wi-Fi signals can be affected with interference and therefore it can be difficult to keep Wi-Fi data up to date, leading to high maintenance costs of the positioning system.

Ultra-wideband (UWB) is a technology which is used for indoor positioning, particularly used in manufacturing logistics due to its high accuracy of 10-30cm. It requires a more complex system than GPS or the Bluetooth and Wi-Fi indoor positioning systems; it is a short-range radio technology and uses an extremely wide frequency range, working with a low transmission power to avoid disturbance from other frequency ranges.

As Europe’s trains are increasing populated with more and more citizens, the demand on Europe’s rails is growing, resulting in demand for more carriages, more services, and more reliability. As a result, rail radar positioning provides an accurate and reliable localisation system which is able to estimate train position and speed using on-board measurements. GPS navigation on trains is similar to the issues presented with indoor GPS navigation. However, on board this service is being used to inform train announcements as well as in detecting track faults through a monitoring system which can identify the precise location of faults on the rail track.

Train positioning is currently monitored through various methods, including:

However, these have a range of disadvantages, which range from installation and repair costs, and lack of accuracy (affected by the weather, to loss of train parameters when passing through tunnels). As a result, trains revert to onboard monitoring through the dead-reckoning technique. The back-up system estimates both the position and speed of the train without external assistance, by the sensors pre-installed into the trains engine.
Non-augmented GNSS is a tool used by track managers and operators and have assisted in improving asset use and customer service through train tracking. Meanwhile, precise GNSS has been utilised for the purpose of track surveys, location of infrastructure and managing train movements.

In the future, an accurate and reliable global navigation satellite system could facilitate new and innovative future technologies, including:

In Australia, Augmented Train Management Systems (ATMS) are being developed and are based upon the technology of GPS. ATMS is capable of providing train position within a few metres. They are expected to increase: rail capacity; reliability through less delays; safety, through the means of authority and speed limit enforcement; and protection for trackside workers, amongst other benefits.