Marianne Lemoine-Goumard, Director of Research at CNRS, details the latest constraints provided by the Fermi Large Area Telescope on the origin of cosmic rays.

Cosmic rays are charged particles that travel at nearly the speed of light from deep outer space and constantly bombard Earth. For over a century, scientists have tried to determine the source of these extremely energetic particles and understand how they are accelerated at these extreme energies. In our galaxy, cosmic rays are supposed to be accelerated by the shocks produced by the explosion of supernovae – the supernova remnants (SNRs). However, recent gamma-ray observations tend to challenge this longstanding paradigm.

Since its launch on 11 June 2008, every three hours the Fermi Large Area Telescope (LAT) scans the entire sky and deepens our view of the high-energy Universe. The LAT is designed to detect and identify gamma-ray photons from 50 MeV to more than 300 GeV.

Using eight years of data, the Fermi team released its fourth catalogue of sources, which includes 5,064 objects shining in gamma rays. In our galaxy, the gamma-ray ingredients are a pinch of pulsars, a dollop of supernova remnants, and a dash of other celestial objects such as binary systems and pulsar wind nebulae. But the main ingredient is a mystery. Indeed, half of the gamma-ray sources detected by the LAT in our galaxy are not identified. What are these sources without an obvious counterpart at any other wavelength? What role do they play in the acceleration of cosmic rays and in the galaxy’s energy budget? 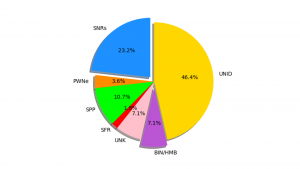 To determine the sources accelerating protons amongst all objects detected by the LAT in the galaxy, the team led by Marianne Lemoine-Goumard, conducted a complete analysis of 311 objects focusing on the low-energy part of their spectrum.1 The objective was to identify the characteristic ‘pion-decay bump’ signature expected when accelerated protons interact with the surrounding matter to produce gamma-ray photons. Such analysis was already successfully performed, but for only four supernova remnants. This new and larger effort allowed the detection of 56 sources with a low energy spectral break. As expected, supernova remnants represent the dominant class of identified sources showing this signature (Fig. 1), thus confirming that they accelerate protons. Most of them are middle-aged SNRs with maximum energy of primary protons well below the knee of the cosmic-ray spectrum. As cosmic rays are believed to be accelerated in the galaxy up to the knee of the cosmic-ray spectrum (at PeV energies), one or more sources in the galaxy should act as PeVatron.

In the framework of diffusive shock acceleration, there is a general consensus that the maximum energy of protons is reached at the end of the free expansion phase, i.e., during the first 100 years of the SNR’s life. This would place the historical SNRs, Cassiopeia A, Tycho or Kepler,2 as ideal candidates. However, even if Fermi-LAT observations tend to confirm that they do accelerate protons, the maximum energy as constrained by TeV observations is lower than 100 TeV. These latest findings thus challenge the SNR paradigm for the origin of cosmic rays.

Surprisingly, despite the small fraction of binary systems analysed, they are among the best candidates detected in the new effort conducted by Dr Lemoine-Goumard and could also play a role. This is also the case for the very famous Cygnus Cocoon (associated with 4FGL J2028.6+4110e in the Fermi catalog) which shows a significant spectral break at low energy in this new analysis as seen in Fig. 2 – further evidence of proton acceleration in this 50-pc wide star-forming region. The TeV counterpart of this source was extensively studied by large field detectors and was detected with the ARGO detector up to about 10 TeV, with the HAWC observatory up to at least 200 TeV, and recently with LHAASO up to 1.4 PeV. This gamma-ray emission was likely produced by cosmic rays freshly accelerated up to PeV energies in the enclosed star cluster Cyg OB2: this is a PeVatron. This hunt for the most extreme cosmic-ray sources in the galaxy, the PeVatrons, has now become a major focus in gamma-ray astrophysics and was given a recent impulse by the LHAASO detection of 12 ultra-high energy sources in the galactic plane. However, the limited angular resolution of the current instruments prevents from drawing any firm conclusion on the origin of the gamma-ray emission.

The upcoming observations of the Cherenkov Telescope Array, for which the LP2I Bordeaux is contributing as well, will benefit from a greatly improved angular resolution, allowing a direct comparison between the gamma-ray and the gas maps to reveal the cosmic-ray accelerators in our galaxy, constrain the acceleration mechanisms and the contribution of the different sources up to the knee of the cosmic-ray spectrum. Such major findings will be supported by the unbiased surveys provided by the Fermi Large Area Telescope at MeV-GeV energies and by LHAASO and the future Southern Wide-field Gamma-ray Observatory (SWGO) at TeV energies.

This is an exciting time for gamma-ray astrophysics and we are all looking forward to the new and next generation of projects. 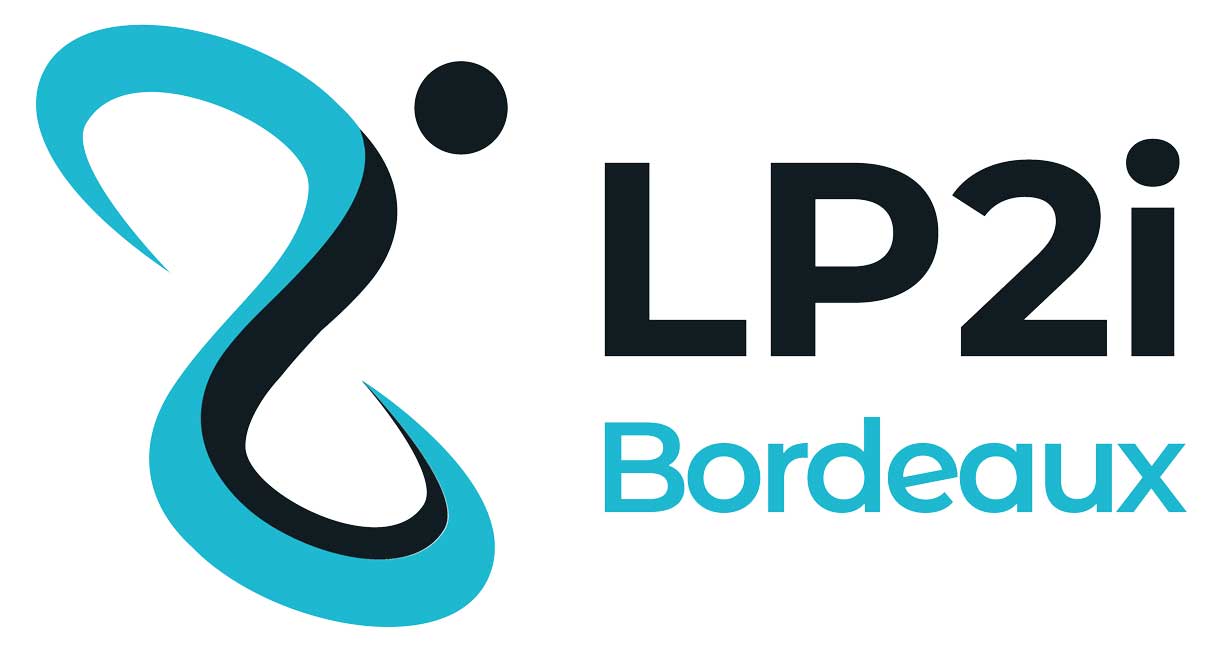 Bo Normark of EIT InnoEnergy Scandinavia explains that the electrification of Europe's value chains is required for decarbonisation.
Read more

The future of fusion energy

Caroline Anderson of the Fusion Industry Association details the latest breakthroughs in fusion energy and what this means for its future.
Read more

Bioenergy: The local and truly green source of renewable energy