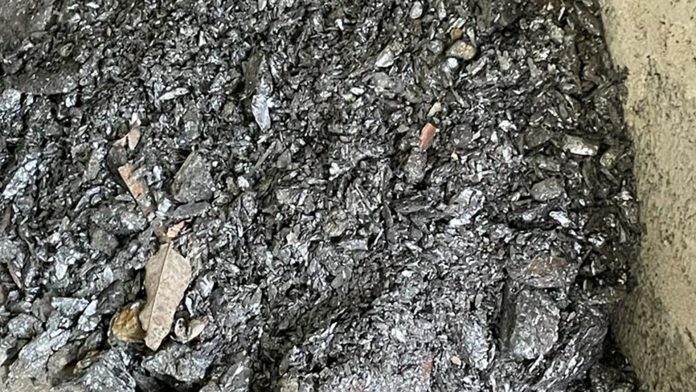 Don Baxter, CEO of Ceylon Graphite, explains what makes the company’s graphite offering unique and outlines the organisation’s plans for the future.

Focused on the exploration and production of graphite in historic resource jurisdictions in Sri Lanka – the only country in the world to produce vein graphite in commercial quantities – Ceylon Graphite is well-placed to help secure Sri Lanka as a global leader in the graphite supply chain. The company has a land package of 121 km² grids containing historic vein graphite deposits, and has four key work sites – K1, M1, H1 and P1.

To find out more about the company’s key achievements so far and its plans for the future, The Innovation Platform spoke to Don Baxter, CEO of Ceylon Graphite.

What can you tell us about Ceylon Graphite?

Ceylon Graphite (CYL) is a public company listed on the TSX Venture Exchange (CYL: TSX-V) involved in the exploration and production of graphite in historic vein graphite jurisdictions in Sri Lanka. It holds a land package constituting 121km² of exploration grids, containing historic vein graphite deposits. Sri Lanka is the only area in the world that can produce commercial quantities of vein graphite. As Sri Lanka’s premier graphite company, we aim to help the country tap this top resource as Sri Lanka has the highest quality of vein graphite. The strategy is to mine and then process the graphite for use in anodes of lithium-ion batteries.

What is Ceylon’s development plan?

CYL currently has two development sites, K1 and M1, and eight additional mining sights. Each of the ten above mentioned sites promise 5,000 tonnes per year at a development cost of $2m each. Each mine is expected to have gross margins after royalties of 70% at the current unprocessed graphite price of $1,800 per tonne. CYL is in the process of negotiating an offtake agreement with an EV battery manufacturer to sell battery-grade graphite at the significantly higher sales price of $10,000 per tonne, which would require the development of a processing facility and an estimated development cost of $60m.

What makes Ceylon’s graphite better than the competition?

Ceylon announced that it achieved a significant breakthrough in the performance of its vein graphite anode material (C 99.995%) in coin cells for the lithium-ion (Li-ion) battery market. In tests at a leading global independent facility, WMG, part of the University of Warwick’s Energy Innovation Centre, Ceylon’s vein graphite anode material far exceeded comparable anodes made with standard synthetic commercial graphite. This is the first time in battery research history that commercial spherodized vein graphite materials were tested in a lithium-ion battery in a coin cell. Results came in at 382 mAh/g for reversible capacity (RC), which is beyond what is expected for the best current commercially used synthetic graphite with an RC of 363 mAh/g. 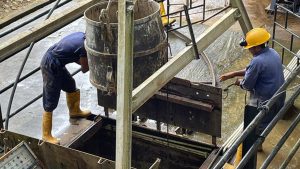 What is the supply/demand situation for battery-quality graphite?

There is a critical need for battery-quality graphite, both natural and synthetic, to meet the rapid growth of the electric vehicles (EV) sector. Multiple cathode chemistries persist and are being developed. All the various lithium-ion battery chemistries are all utilising graphite anodes. The exponential growth from the EV sector alone will propel the industry’s graphite requirement far beyond any demand from the traditional, industrial sectors. In fact, Benchmark Mineral Intelligence shows graphite demand for lithium-ion batteries alone will exceed four million tonnes of processed graphite for batteries by 2030. At least 70% of that demand will be for natural graphite, but synthetic graphite will still be in the mix. Natural graphite for batteries registers at half the cost of synthetic graphite, as well as a much better environmental footprint from mine to battery.

Can you explain how your process is more environmentally friendly?

CYL is also unique in the high grade and purity of its vein graphite that does not require conventional primary processing (therefore no tailings, waste rock dumps or AMD issues). Furthermore, underground mining minimises ecological impact, which is an absolute requirement for EV battery manufacturers. The proprietary process flowsheet significantly reduces the number of processing steps to only four to get to battery-grade materials that are also environmentally friendly as 99.995% of the process is from a non-acid process. 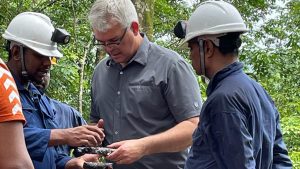 What are the primary catalysts you see for the company over the next 12 months?

Generating free cashflows from K1, followed by M1, and potentially being able to grow at that point from internal cashflows. Longer-term, we expect to negotiate an offtake agreement with an original equipment manufacturer (OEM) that will allow us to develop a processing facility to upgrade our graphite to battery-quality and significantly increase our sales price.

Is there anything else you would like to add?

We have experienced political unrest in Sri Lanka. This seems to have come to a head and is now being resolved with a new President to deal with the financial difficulties and material shortages. Our operations were not adversely affected, and we only experienced a few delays in getting some permits. With our two permits in place, we are ready to start hoisting graphite in the extremely near term. We continue to develop our anode graphite and have ongoing discussions with several OEMs who have an ever-increasing realisation that they need to secure supply critical materials such as Ceylon’s coated spherical graphite.