Tim Flohrer, Head of the Space Debris Office at ESA, discusses the increasing challenge of space debris and emphasises why we must take immediate action to reduce and remove the threat.

Space debris, also known as ‘space junk’, refers to any artificial material that is orbiting Earth but is no longer functional. With an increasing number of satellites being launched into space each year, the problem of space debris is becoming a rising concern.

At the European Space Agency (ESA), the Space Debris Office is responsible for coordinating research activities in all major debris disciplines and for providing support to operating missions safely. The Office also works in close collaboration with other space agencies across the world to inform their research work in the area.

As well as applying mitigation policies, ESA is also set to launch the ClearSpace-1 mission in 2025 to actively remove space debris from Earth’s orbit.

To find out about the current approaches and activities in place at ESA to control and mitigate space debris, Innovation News Network’s Georgie Whitworth spoke to Tim Flohrer, Head of the Space Debris Office.

What are the main objectives of the Space Debris Office currently and how do you set out in achieving these?

The Space Debris Office is responsible for providing operational support to ESA, as well as third-party, missions for addressing debris-related risks over the entire mission lifetime. This goes from the design of the missions, over the operational phase until the disposal phase. In our daily routine work, we focus on operations on collision avoidance, but also make predictions for re-entries of space debris.

Another very important role for our team is supporting the ESA Space Safety Programme, which covers all aspects of protection of our planet, humanity and assets in space and on Earth from hazards originating in space. Within the Space Safety Programme, the Office is responsible for the development of technology related to space debris. This technology development includes sensor infrastructure (ground-based and space-based systems observing space debris), data processing, risk modelling, and assessing the environmental impact of individual space missions. We also develop an infrastructure within ESA, with tools and models to allow us to assess space debris risk.

For collision avoidance, it is vital we ensure our processes are always up to date when it comes to using data sources that are further developing. We must bring in recent findings in risk assessment for estimating the collision risks. To achieve this, we are constantly investing and upgrading our tools, as I think any operator is doing, alongside the growing space debris population.

In collision avoidance, there has been a steep increase in the required interactions with other operators in space. It is no longer primarily debris objects that we must avoid collisions with. For around the last two years, the majority of close approaches have been with intact satellites. This means that, in such cases, action must be agreed between operators, to avoid a collision. Careful co-ordination is required, and we are developing the needed technologies and standards to aid in this.

We also focus on informing professionals and the public about the current situation surrounding space debris. In spring 2021, we hosted our most recent in a series of European conferences on space debris – where over 500 participants joined to discuss all aspects of space debris. The conference saw a series of more than 140 oral presentations and more than 100 poster presentations, with a corresponding amount of papers that have now been published and are free to access.

To support outreach, we have produced a short film, called ‘Time to Act’, which is available on the ESA website and YouTube. Our ESA webpage provides tools and reports, and showcases some of the aspects that space debris may bring, as well as highlighting the dependency that we have today on our infrastructure in orbit. We also worked with the United Nations Office for Outer Space Affairs to release a set of infographics.

What are the major threats that space debris poses to Earth and to future discoveries and developments? How pressing is the need to ‘clean up’ the space environment?

As previously articulated, the amount of space traffic is drastically increasing. We can see a revolution setting in, with more than 1,200 satellites launching every year in low-Earth orbit. This, when compared to only 100 or 200 per year previously, is a completely new dimension. We expect this to continue at this high number in coming years, which indicates how important the use of space is for ground-based businesses.

I think it is important to consider space as a resource of finite capacity. We have increasingly more applications that directly and indirectly depend on space as an infrastructure to provide connectivity, remote sensing capabilities, navigation and timing, amongst many other things. With more traffic, however, comes more risk.

We also must consider and learn from our behaviour in the past. For example, where large pieces of debris have been left in orbit, which now have the potential to fragment into many smaller debris objects. Thousands per object can be created in one explosion, and each of these could be the source of a new fragmentation or collision, causing a cascading effect that we must avoid. It is key to mitigate the creation of space debris and to look into active removal. Studies have shown that even full compliance with mitigation may not be enough in some orbital regimes to stop this runaway situation. Therefore, technology for removing debris must be developed and ESA, in the frame of the Space Safety Programme, will do this with the ClearSpace-1 active debris removal mission.

Can you explain more on how the ClearSpace-1 mission will work and its target achievements?

With the help of Swiss start-up ClearSpace, ESA will launch the first space debris removal mission. ClearSpace-1 will use an experimental, four-armed robot to capture a Vega Secondary Payload Adapter (Vespa), which was left behind by ESA’s Vega launcher in 2013. The piece of space junk is located about 800km by 660km in altitude and weighs roughly 112kg.

The ClearSpace-1 ‘chaser’ will be launched into a lower 500km orbit for commissioning and critical tests, before being raised to the target orbit for location and capture using a quartet of robotic arms. The combined chaser and Vespa will then be deorbited to burn up in the atmosphere.

How has the continual improvement of space surveillance sensors affected debris detection and what is the smallest size of debris to be detected?

The US Space Surveillance Network maintains a catalogue of artificial objects orbiting Earth, which is understood to be fairly complete for everything larger than about 10cm in low-Earth orbit.

It is important to note that commercial companies are now also entering the market, offering commercial monitoring of the space object population. This is a growing market and we expect that there will be increasing demand for the use of this data.

There are also initiatives at a national level. In Europe in particular, there is a partnership under the auspices of the European Commission, combining national central systems in Europe, called the EU Space Surveillance and Tracking (SST) system.

We see that the problem of space debris monitoring is tackled from multiple sites at an international, multinational, and commercial level. From this, we expect that not only minimal observed size is important but that we will also see improvements in the accuracy of the data and the timeliness with which the data is made available.

Once a high collision risk is assessed, what measures does ESA take to prevent a collision?

If the risk exceeds a certain threshold, and we are within a specific time window of the event, we design an avoidance trajectory. That means we consider changing the orbit for a limited amount of time, before returning to the original trajectory.

Of course, we must screen to ensure that this avoidance trajectory comes with less risk than the original one, so as not to cause another event. If this is compared and verified, the decision is taken to upload these commands to the spacecraft. Usually, the thrusters of the satellites are then fired, subject to the commands generated; the orbit is changed; and then, at some point, a return to the original orbit is commanded.

All the preparation is quite a time-consuming process and requires significant resources. Because of this, collision avoidance has become a contributing aspect to the operating costs of a satellite.

In view of the increasing traffic, we are also required to automate this further. We at ESA know that, for each of our satellites, we have to execute, on average, up to two manoeuvres per year, per satellite. So, for a fleet of more than 20, you can imagine that every month, we have roughly one to two manoeuvres that must be executed. 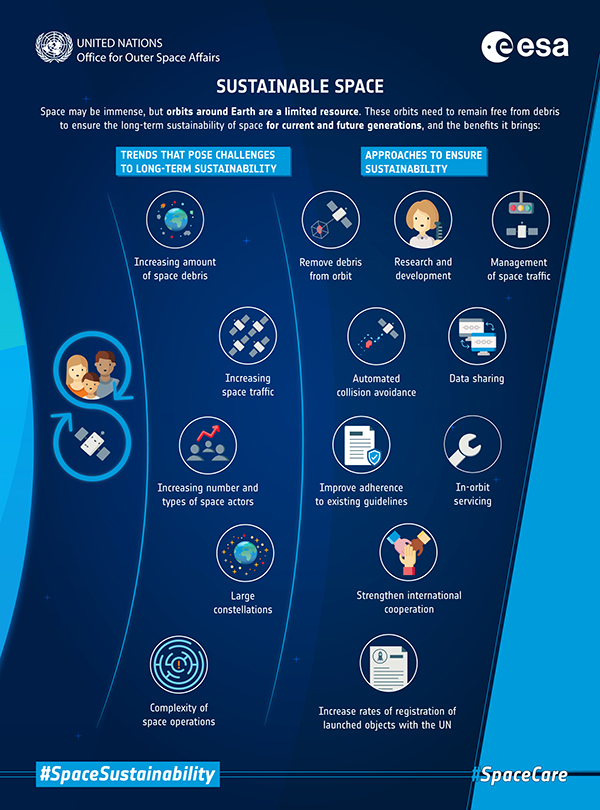 ESA has committed to invert Europe’s contribution to space debris by 2030. What is being done to achieve this target?

We are applying space debris mitigation. We have a policy on space debris mitigation and carry out all missions with a clear goal of not creating further debris objects. We also carry out collision avoidance, and, at the end of life, we perform end-of-life operations, such as to passivate energy resources. Space debris is understood as the main prerequisite for limiting the growth of debris population – as a first step to debris neutrality. The second aspect is the removal of objects. 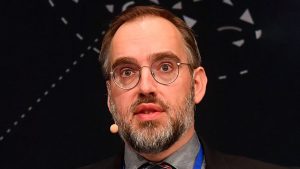