Vanadium: a key component in the clean energy future 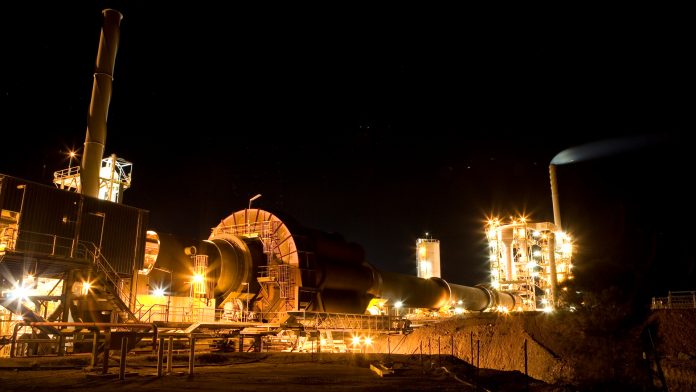 Australia’s only vanadium production facility is poised to be a strategic partner for the long-term clean energy storage market.

As governments around the world set ambitious targets for carbon emission reductions in the coming decades, attention is starting to focus on the enormous investment opportunities emerging in the quest for clean energy. With the cost of renewable energy generation continuing to fall, a key challenge for energy generators, public utilities, and major businesses is how to facilitate the further deployment of intermittent renewable energy sources such as wind and solar to meet the energy needs of modern economies.

In particular, the emergence of solar plus storage projects has been the most important trend seen in the global energy market in recent years, and this trend is set to accelerate. And while lithium-ion battery technology leads this growing utility-scale energy storage market, complementary long duration energy storage technologies such as vanadium redox flow batteries (VRFBs) are essential if the world is to continue the transition to clean energy.

Guidehouse Insights forecasts that the global long duration energy storage market (i.e. longer than four hours duration) will grow from less than 10 GWh per annum in 2020 to over 60 GWh per annum by 2027. This extraordinary growth will require strategic supplies of the critical minerals that are required to deliver long duration energy storage solutions.

Vanadium, a silver-grey metal with a natural resistance to corrosion, is primarily used to increase the tensile strength of steel and other specialty alloys. Over 90% of the vanadium produced around the world today is used in the steel and titanium industries. Demand from these markets is forecast to grow steadily, particularly as China became a net importer of vanadium in 2020.

However, what is generating much excitement among market observers is vanadium’s use in VRFBs. VRFBs have compelling features that make them the perfect utility-scale energy storage solution alongside intermittent wind and solar energy generation.

VRFB technology has been around for many years and has been shown to be safe and scalable in long duration energy storage applications. VRFBs typically enjoy a 20-plus-year lifespan and do not suffer capacity losses over time like many other battery technologies. Moreover, the vanadium in the VRFBs can be reused at the end of the battery life, meaning the holy grail of an entirely sustainable utility-scale energy storage solution is within reach.

Vanadium’s prospects place Atlantic Vanadium, a company based in Perth, Western Australia, in a unique position to become a key supplier to this growing market. Atlantic Vanadium owns the Windimurra vanadium project, Australia’s only vanadium production facility. The Windimurra project is the most advanced vanadium project not currently in production and is fully approved for development. It is a globally significant project that benefits from approximately $700m of historic investment.

The plant and infrastructure already in place includes one of the largest roasting kilns globally, a vanadium refinery, 24MW power station, 290-room staff village, and a dedicated third-party gas pipeline. This investment makes it the lowest capital intensity primary vanadium project development in the world.

Windimurra hosts one of the largest and most attractive vanadium reserves in the world with an initial 31-year mine life at a very low strip ratio. The project also boasts substantial additional resources that support a mine life of over 50 years.

Windimurra previously produced vanadium pentoxide (V2O5) and vanadium trioxide (V2O3), both products required for the electrolyte in VRFBs. Atlantic Vanadium completed a definitive feasibility study for the project development in 2020. When the company brings the project into production, it will produce approximately 7,600 tonnes of high-purity V2O5 per annum.

Atlantic Vanadium has received significant interest for its V2O5 and V2O3 from the battery market, given the project’s reputation as a producer of one of the highest quality V2O5 in the world.

While the steel and alloy markets will continue to be important for vanadium, the global push towards clean energy and the requirement for long duration utility-scale energy storage means that Atlantic Vanadium is considering its role in the clean energy transition.

Major companies across the globe are now developing significant plans to roll-out utility-scale energy storage projects, and these plans require dependable suppliers of critical minerals sourced from stable jurisdictions like Australia. To put the VRFB opportunity in perspective for Atlantic Vanadium: the vanadium production from Windimurra could support in excess of 750 MWh of long duration energy storage annually.

The company is looking at the potential to leverage its advanced production capacity and willingness to invest in downstream vanadium electrolyte production to build strategic partnerships with major energy groups to meet their utility-scale energy storage requirements as part of the global transition towards net zero carbon emissions by mid-century.

This all suggests that Atlantic Vanadium is poised to become a key strategic partner for the utility-scale long duration clean energy storage market of the future.