World Water Day shining light on the importance of groundwater 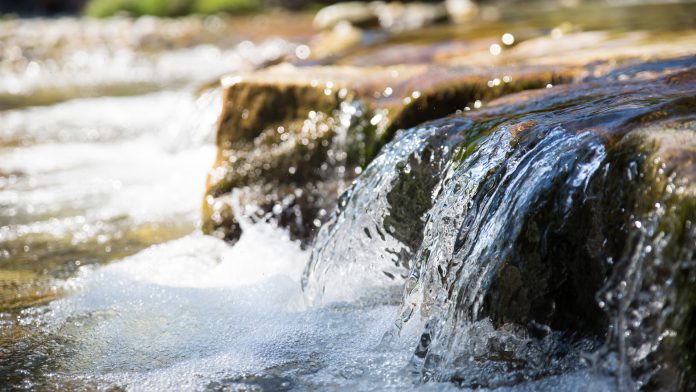 World Water Day has brought the seemingly invisible freshwater resource of groundwater to the forefront, highlighting its current poor management and protection.

From the Murray-Darling system to the Great Artesian Basin, ‘invisible’ underground groundwater is often the only available water supply across the vast majority of Australia where its annual contribution to GDP is estimated at more than $6.8bn a year.

However, an excessive overuse of groundwater during droughts and aquifer depletion has already seen water crises. This includes emergencies in Australia’s ‘food bowl,’ the Murray-Darling Basin (MDB), California, and Cape Town in South Africa, with more likely to follow. This is due to groundwater management being largely reactive and unlikely to avert more crises as climate change accelerates and populations expand.

Why are groundwater resources poorly managed and misunderstood?

Globally, the demand to manage freshwater supplies is rising by the day, with the United Nations issuing a critical warning for large tracts of highly populated, other arid, and semi-arid countries around the world, if more regulations are not put in place on groundwater. A 2009 World Resources Group report forecasted that the world would face a 40% water deficit by 2030 under a business-as-usual scenario.

“Groundwater makes up almost all of the available freshwater on our planet: 97% of fresh water on earth lies in the ground beneath our feet,” explained Flinders University Distinguished Professor of Hydrogeology Craig Simmons, a lead contributor to the UN World Water Development Report 2022 that was released today on World Water Day (22 March 2022).

Groundwater resources supply half of the world’s drinking water, 43% of the water utilised to grow crops, and is also widely used by the mining industry.

However, the new UN World Water Development Report 2022 highlights that groundwater withdrawal rates keep rising, with the agricultural sector using about 69% of the total volume, 22% for domestic uses, and 9% for industrial purposes.

Approximately 99% of the global volume of liquid freshwater consists of groundwater – and factors such as, rising population, food production, and irrigation has seen a strong increase in both groundwater and surface water has over the past century.

Examples of commercial interests such as, irrigators working collaboratively with local communities on groundwater management and protection are necessary to protect valuable groundwater resources.

For instance: “The Angus Bremer irrigation district in South Australia, recognised as the driest state in Australia, presents a rare and successful local collective action which provides guidelines for future management and possible government reforms,” explained Professor Simmons, also a co-author of a new article in the Journal of Hydrology.

The irrigation district is at the lower end of the very complex and sensitive socio-ecological system, the MDB. Located at the end of the basin, the Angas Bremer area does not have control over upstream water-management decisions but did commence work on co-management plans more than 50 years ago.

The new research article, ’Coming together: Insights from an Australian example of collective action to co-manage groundwater’ considers the collective local economic, social, and environmental decisions that have helped to create a valuable example of groundwater management for others around the world.

“By working together with the government department, the local committee has developed and implemented innovative water management policies which led to reduction of groundwater extractions by 80%, promoted artificial recharge from excess surface water, changed crops for increase profitability, and decreased water consumptions, and constructed pipelines accessing surface-water sources,” researchers concluded.

While central government regulation and funding is important, this case study highlights the benefits of regulators giving local users some autonomy to devise their own rules and build trust between key stakeholders.