Space Situational Awareness (SSA) and Space Surveillance and Tracking (SST) are an imperative global endeavour to ensure the safety and security of satellites and high value assets on orbit. Earth’s resident space objects must be catalogued and tracked – without this capability, monitoring and supporting operations in space would not be possible. Additionally, SSA/SST encompasses the non-trivial analysis and evaluation of key space events including re-entering objects, conjunction and collision avoidance activities, fragmentations of objects, satellite manoeuvre detection and compliance monitoring. These services are vital to space sustainability and operational risk mitigation. SSA/SST is now increasingly being recognised as an essential discipline required to safeguard the longevity and maintenance of crucial space objects and space-based infrastructure to ensure we continue to benefit from the innovations generated from space operations.

The success and safety of all space users is reliant on SSA/SST. Government entities (both civil and military) need to maintain awareness of the space environment for security, regulatory, and sustainability reasons. Civilian requirements for SSA data often include regulation and compliance monitoring, maintaining critical national infrastructure, and upholding international regulation. Military SSA needs (often now referred to as Space Domain Awareness (SDA), although not clearly defined) can vary but typically revolve around maintaining awareness of the space environment and maintaining a tactical advantage to provide safe and secure space operations. The commercial space industry have a vested interest in SSA/SST data and services, predominantly to maintain awareness of the on-orbit region around their own satellites and to maintain safety of flight for satellite owners and/or operators. Furthermore, academia are largely focussed on advancing the R&D areas of SSA/SST and have an interest in maintaining the long-term sustainability of outer space.

Understanding Space Situational Awareness Founded in 2017, Northern Space and Security Limited (NORSS) is the only UK-based commercial company dedicated to SSA/SDA, SST, and orbital analytics. An innovative SME located in Northeast England, its mission is to empower success through opportunities in outer space, supporting industry and academic use of space and helping governments to regulate space through unprecedented access to, and understanding of, data of space. The company’s expertise results from a highly skilled team of people, along with several key personnel bringing more than 100 years of combined experience in SST/SSA, across military and civilian sectors.

NORSS operates its Orbital Analyst Hive, an SSA/SDA centre of excellence, to ensure the long-term development of operational experience to meet sustainable orbital challenges. Investing in both the technical capability and developing highly qualified personnel is fundamental to the UK’s only commercial analytical SSA cell. The significant experience of the team is built upon strong relationships between NORSS and key national and international partners. Its links across industry, academia, and government, both the civilian and military realms, enables the acquisition of vital data and information to add significant depth to services provided and supports rapid development of experience. Furthermore, NORSS also has extensive access to Space Policy and Law experience through its collaboration with Chris Newman, Professor of Space Law and Policy at Northumbria University. This includes the groundbreaking Space Law Games; an innovative three-year project to view significant space operation developments through the Space Law lens, highlighting future technical requirements for space traffic management.

In respect of the legal position, existing international space treaties do not directly impose any legal requirements for countries to engage in SSA/SST activity. Instead, the treaties deal with general principles, emphasising that space should be used for peaceful purposes and that countries are internationally responsible for national space activity, together with the space activity of its non-governmental (commercial) entities. International space law does not differentiate between different sizes of satellite, classifying them all as space objects. Where a state launches a space object which, through their fault, causes damage to another state’s space object, the launching state will be internationally liable. However, gaining any redress for damage caused is unlikely, with state-to-state litigation being both expensive and slow.

Additionally, establishing fault in space operations is not clear cut, with a lack of SSA/SST information making any possible monitoring and enforcement mechanism difficult to administer. The responsibility of individual countries for the authorisation and continuing supervision of their national space activities does not stretch so far as to mandate continuous monitoring of all their registered space objects. National regulators can impose conditions on operators, such as ensuring the mitigation of future debris from smaller satellites but imposing conditions that are too onerous could lead to operators seeking authorisation from a different, more acquiescent national regulator. This divergence of regulatory requirements, and a reluctance of nations to cede authority to international bodies, means that an overarching, international regime for SSA/SST is unlikely to be established in the near future.

Clear examples of why SSA is so vital, yet challenging, are the hazardous acts performed in space, such as Anti-Satellite (ASAT) testing. Although roundly condemned by the international community, there is no international prohibition on ASAT weapons testing. Given the current geopolitical climate, a ban on ASAT weapons testing, or broader treaties protecting the space environment, seems unlikely to be realised any time soon. Indeed, there have been several destructive ASAT events carried out to date. The most recent being the Russian Direct Ascent ASAT (DA-ASAT) weapons test, executed in the early hours of 15 November 2021.

This DA-ASAT event was performed to test the PL-19 Nudol surface-to-space missile from the Plesetsk Cosmodrome in Arkhangelsk Oblast, Russia. To date, there have been at least ten suspected Nudol flight tests. Testing of the Nudol reportedly began in August 2014,1 initially experimenting with the launch vehicle alone – the first test system supposedly failed shortly after launch. The later test stages progressed to test-launching from a road-mobile transporter-erector-launcher (TEL) which provides the strategic benefit of the missile system to be portable, launches incorporating the kill vehicle, and finally the live demonstration on 15 November 2021. DA-ASAT tests have also been conducted by influential space-faring nations such as China (2007), the United States (2008), and India (2019).

The collision event occurred at an altitude of approximately 480km, with the high impact destruction of the satellite resulting in a substantial spread of debris fragments. Detection, tracking and cataloguing of the resulting debris fragments has been of the highest priority of the SSA/SST community following this incident. A gabbard plot is conventionally used in SSA analysis to visualise the expected altitude distribution of fragments as a function of time following the point of impact – the initial gabbard plot produced by NORSS HIVE Orbital Analysts is shown in Fig. 1.

The distribution of fragments resulting from the weapons test poses a significant and ongoing risk to objects in an already congested orbit, with many high-value assets and human spaceflight activities. Both the International Space Station (ISS) and the Tiangong (Chinese) space station have been affected by the debris; reports indicate that crew on the ISS were instructed to prepare for impact shortly after the event. Other notable assets affected by the debris include Elon Musk’s Starlink constellation, which operates at approximately 550km, and the UK-owned OneWeb constellation. OneWeb currently launches into an insertion orbit of approximately 440km altitude, prior to starting their orbit raising operations which take them to their final operational altitude. All parties now heavily depend on SSA services to re-evaluate their orbital environments to continue their missions safely.

The capacity to destroy on-orbit capabilities using direct ascent missile technology poses a huge risk to many military operations worldwide. These operations rely on intelligence, navigation and communication information provided by satellite technology, to conduct operations in the field. As a result, there is an expectation that military forces may look to invest in alternative technological space-based solutions. As military systems evolve, it is indisputable that the future success and survival of these critical space technologies rest on the resilience of a robust SSA/SST network.

Controlling the threat of space debris

Large space-debris-creating events present a longstanding and dangerous threat to space operations. Gathering an early understanding of the potential impact from such an event, and the associated SSA risks, allows for informed and timely decision-making for operators in the area. NORSS analysts evaluated the situation and found, from an initial assessment, that over 1,500 pieces of trackable space debris (smaller than 10cm) were likely to have been created by the event, with a worst-case projected estimate of 1,561 additional fragments in low Earth orbit (LEO), as shown in Fig. 2.

Preliminary SST modelling conducted by the NORSS HIVE Orbital Analyst team has remained consistent with estimates produced by the US SDA unit, 18th  Space Control Squadron (SpCS), and aligns with observable data. It is important to note that the true extent of the debris created by the event is likely to significantly exceed 1,500 fragments, as many pieces of debris will be too small to observe and catalogue. As the smallest fragments cannot be detected using standard ground-based SST networks, it is extremely difficult to mitigate against potential collisions, which for many satellite operators may be lethal to operations.

As of 10 January 2021, 18 SpCS has released element sets for over 1,000 pieces of COSMOS-1408 debris to Space-Track.org. However, the cataloging of all resultant debris is far from complete. The NORSS HIVE analyst team have produced a visualisation of the catalogued debris as of 17 January 2022, as shown in Fig. 3.

The lasting effects of this debris-generating event are likely to impact the LEO space environment and SSA industry for years to come, as hundreds of satellites are now at an increased risk of damage from debris fragments orbiting at speeds great enough to cause significant harm and potential destruction. This is another area where SSA becomes incredibly important, enabling the identification of potential collisions with the debris for satellite owners operating at relevant altitudes in LEO, allowing them to consider collision avoidance manoeuvres where applicable. Mitigating threats posed by debris-generating events, such as DA-ASAT tests, should be a priority for all space faring nations – as the resource of space is a cornerstone of modern society. NORSS is dedicated to ensuring the long-term sustainability of the benefits from space through the development of unmatched experience in SSA operations. 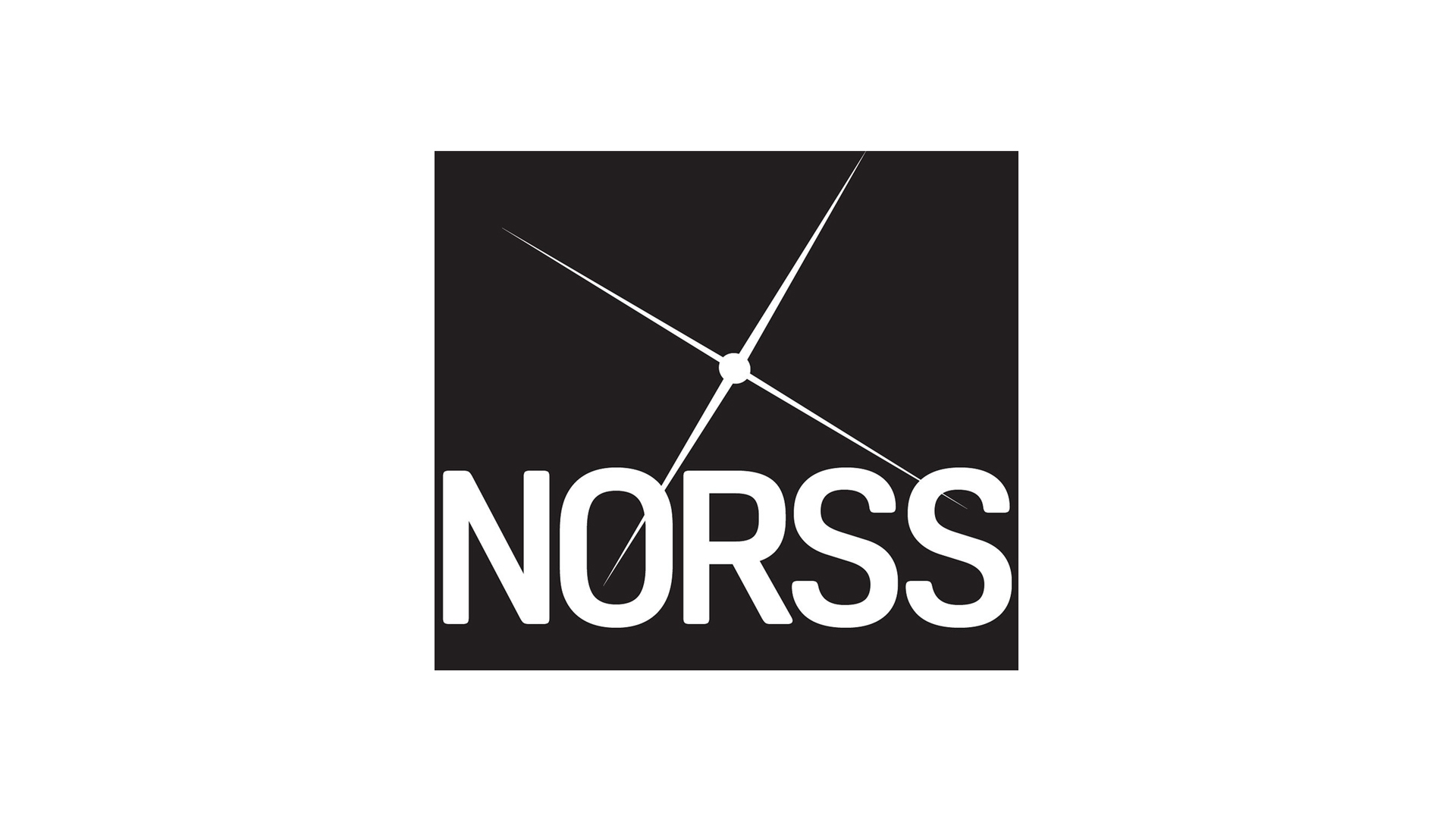