The economic importance of space

When it comes to space exploration, we are experiencing the inevitable evolution that occurs whenever a new area is opened up or ‘discovered’. It is not dissimilar to the same process we witnessed historically, when new parts of the world were discovered – such as the Americas, Africa, or Australia – by European explorers.

The first phase of this evolution is usually related to national power, and so governments typically fund and support the initial series of activities. Next, the same governments tend to focus on issues that relate to areas such as national security, science, knowledge enhancement, and national prestige. In terms of space, of course, we saw this in the form of the race to the Moon and the Apollo missions. Then, if a new area is ever going to become meaningful, its economic importance has to be demonstrated. Just as how Australia was discovered during the so-called ‘Great Age of Exploration’ and went on to be economically important to the Industrial Revolution, the economic importance of space is now being realised.

We are at the start of being able to undertake much more significant economic activities which require us to go beyond Earth’s orbit. The first of these is the exploitation of space resources, and there is increasing attention being paid to that, not least by the Luxembourg Space Agency. One of the first resources that will probably be exploited is fuel. One of the big limitations to geosynchronous communication satellites, for instance, is their ability to stay in position, and they often run out of fuel before they run out of capability. This, therefore, represents an immediate market for fuel sourced in space, and there are signs that we will see some activities in this area by the middle of the decade.

Currently, fuel is also a significant barrier to deep space activities. Linked to this is the appetite to build structures in space using space resources. Jeff Bezos, who would like to build massive space settlements, has perhaps the clearest vision in this area. When such visions become realised, humans will have the potential to become a multi-planet species.

At the same time, there is a strong underpinning of science and discovery. Humanity has a motivation that is often missing from discussions around space exploration – we have an inquisitive nature; we always want to know what is over the next horizon. It is this spirit of adventure which will press us to move beyond the initial settlements that I am sure will be built on the Moon and Mars, to the establishment of outposts in the outer Solar System.

My personal interest is in interstellar travel – an interest I shared with Professor Stephen Hawking. In many ways, interstellar travel is our insurance policy against events which could occur in our Solar System that could threaten life on Earth. This is something we are starting to explore through Breakthrough Starshot.

Another development that we are now beginning to see is in the area of protection. One of the mainstays of our current civilisation is global trade, and that is based on the concept of free transportation, in the sense that it is not hindered by things like pirates (although, of course, piracy does exist in certain areas of the world), or by the interference of other governments. Success here requires an element of enforcement. On the high seas, this is traditionally achieved by the presence and actions of major powers’ naval capabilities. In terms of space, given the idea of economic return and the exploitation of space-based resources, it is likely that something similar will need to be achieved. It is for this reason that the United States has begun to develop its Space Force, which is essentially there to protect the country’s economic interests.

With these things in place, I believe that we have all the elements for a major expansion, and Breakthrough Starshot will take the first steps. 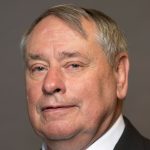